What Does Heroin Do to the Body?

Home / What Does Heroin Do to the Body? 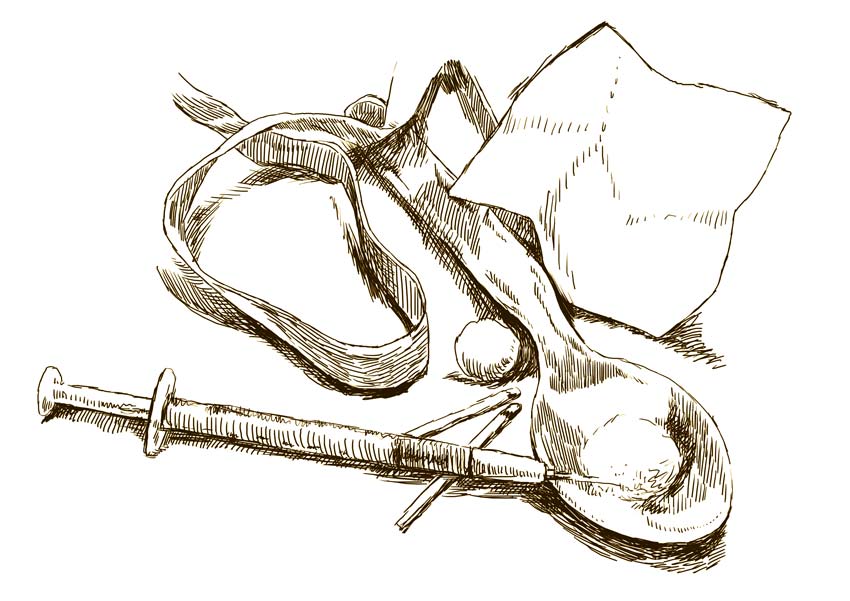 A Look at Heroin

The focus of this post is heroin: its composition, its effect on the body and brain of those who struggle with dependence on it, and options for heroin addiction treatment.

Heroin is derived from morphine and belongs to the opioid family. Opioids are chemicals that bind to receptors in the brain responsible for processing pain, reward, and addictive behaviors. The most commonly known opioids are heroin and legal prescription drugs like oxycodone, buprenorphine, morphine, codeine, methadone, and fentanyl.

Morphine itself comes from poppy plants native to Mexico, Colombia, and southern Asia. Heroin looks like black or brown powder, or sometimes like a sticky tar substance. Heroin users typically snort, smoke, or intravenously use the drug.

What Are the Physical Effects of Heroin?

In the short term, chronic users may experience these effects:

Long-term users may experience the following:

It is also important to remember that when heroin enters the body via a needle, the sharing of the needle leads to increased risk of contracting diseases such as HIV.

Who Uses Heroin and/or Opioids?

Today, the average heroin user is typically young, with a substantial amount of education. States like Vermont, famous for its pastoral landscape and happy, employed population report huge surges in heroin use. The surge, mainly due to the misuse of prescribed opioid-based painkillers such as Oxycontin, created an opioid crisis in the 2000s. An addiction to painkillers can lead to the use of heroin, as heroin is a cheaper substitute and often easier to access than a prescription drug.

What Are the Consequences of Heroin Addiction?

Heroin consumes its users, their time, and their lives. As heroin users need to consume the drug every four to six hours, the fixation on the drug never really ends once the person becomes hooked. Often, heroin contains other harmful substances that when introduced into the body can prove lethal. Fentanyl, for example, frequently finds its way into heroin batches–just a small quantity of it can kill hundreds of people.

This type of Russian roulette that heroin users play when they take heroin is scary. Being so close to overdose at any point robs the user, and their family and friends, from living a balanced life.

How Can Heroin or Opioid Dependence Be Treated?

Heroin and opioid addiction is treatable. It’s not a death sentence by any means. The following effective options for treatment exist:

If you or your loved one are suffering from a dependence on heroin or opioid-based medications, reach out to our compassionate, professional staff at St. Gregory Recovery Center. We can provide you with the whole-person treatment you need to heal your body, mind, and spirit.

Looking for heroin treatment in Iowa? To learn more about programs offered at St. Gregory Recovery Center, call and speak with someone today, at (888) 778-5833.