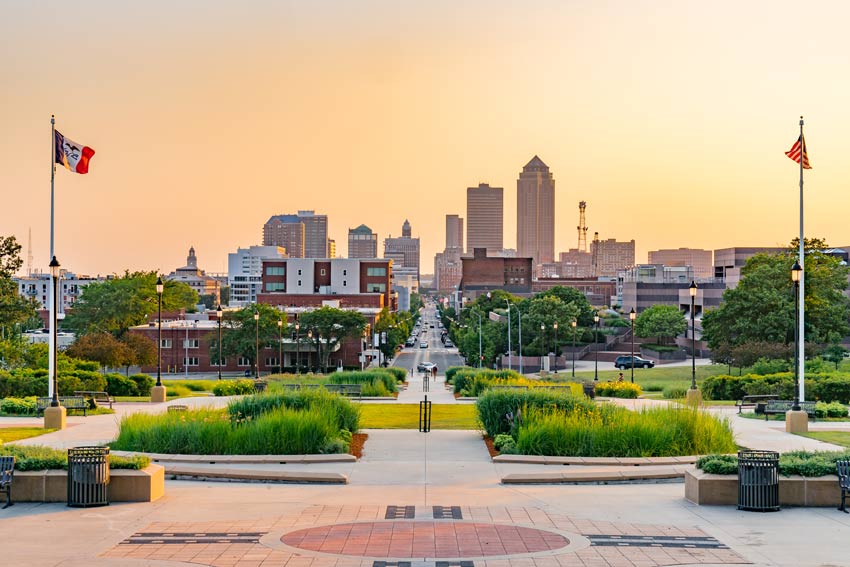 Substance Abuse in the United States

In 2017, a report showed that close to 20 million Americans battled with addiction that year. In the same year, other sources gathered that the United States spent upwards of $740 billion to manage and treat substance use disorders among its citizens. Today, in 2020, various addictive substances tempt Americans on a daily basis. Commonly abused substances across the United States include:

We find these substances in every city in every state across America. However, compared to other states, Iowa suffers less from substance abuse and the complications which arise from it.

Although two of Iowa’s border states, Minnesota and Nebraska, contain cities that appear on a list reporting the highest documented percentages of addiction, Iowa does not appear. The following cities currently face the highest rates of substance abuse crisis:

Individuals residing in these cities may end up abusing substances for a variety of reasons. People with a familial history of drug and alcohol abuse face higher odds of addictions. Substance abuse often also has roots in negative environments, such as unstable or physically and emotionally abusive homes. Additionally, peer influence to experiment with drugs prompts drug use among younger people. And, lastly, living with untreated or undiagnosed mental illness at any age increases a person’s probability of developing an addiction.

Substance Abuse and Addiction in Iowa

Unfortunately, the fact that Iowa does not report substance abuse rates as high as, for example, Indiana, does not mean that Iowans do not suffer from addiction. Iowans struggle primarily with with the following substances:

Iowa has one of the highest binge-drinking rates among young people. However, Iowa takes its substance abuse seriously and is one of the most proactive states in the country when it comes to preventing and treating addiction. For most of its residents, Iowa recognizes and readily provides substance abuse treatment and support in over 125 treatment centers.

Signs of Dependency and Addiction

If you suspect that you or a loved one uses any of the substances listed in this post, look for the following signs of dependency and addiction:

These signs and behaviors may present themselves with any addictive substance. Addiction does not begin and end with alcohol, prescription medication, cocaine, and marijuana. Other drugs, although with much lower usage reported, plague Iowans. For example, methamphetamine abuse has risen each year across the United States, rural Iowa included.

One deputy from Casey, Iowa, commented on the rising instances of domestic and violent crime with meth as the root cause. Often, meth and other drugs with a similar chemical structure and effect prolongs, worsens, or prompts violent psychosis or other violent behavior among users. Violent displays and actions can also be a sign of an issue with substance abuse.

If you suspect that yourself or a loved one struggles with an addiction, consider entering a treatment program. St. Gregory Recovery Center understands how to treat an array of different substance abuse issues using holistic treatment methods. Drugs, alcohol, and certain prescription drugs take a tremendous toll on the body. Our excellent detox services will safely rid your mind and body of toxins while offering medical and therapeutic support. After detox, we provide residential treatment and aftercare to help you find and sustain recovery.

To learn more about programs offered at St. Gregory Recovery Center, addiction treatment in Bayard, Iowa, call and speak with someone today, at (888) 778-5833.