How alcohol affects the brain

Home / How alcohol affects the brain 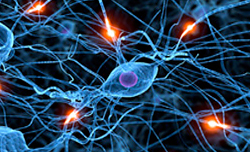 There is no argument; alcohol does affect the brain in many different ways. When a person has consumed a few drinks or more, the evidence starts to show. People find it hard to walk, their vision and speech become impaired, their reaction times are altered, and they have a difficult time remembering things. For most people these symptoms are only temporary and after a good night sleep they are back to normal. Unfortunately, this is not the case for all people.

People who drink to excess or who have a “drinking problem” are not so fortunate. The damage that their brains suffer is often long-term. The extent of the damage depends on the individual and the following factors:

Alcohol affects the brain in different areas. It destroys brain cells, constricts brain tissues, and weakens the central nervous system. These are irreparable. When alcohol enters the brain it restricts messages that are sent by the nerve cells and receptors. The brain is the command center of the entire body and it is able to accomplish this extraordinary task through chemicals and signals generated by the brain, called neurotransmitters. Neurotransmitters include glutamate, dopamine and serotonin. Dopamine is the chemical in the brain that sees drinking alcohol as a reward but this is very misleading because alcohol thwarts the normal functions of the brain and the central nervous system. Alcohol, in fact, affects the following parts of the brain:

The cerebral cortex is responsible for controlling your voluntary muscles, thought processes and senses. This means alcohol can cause poor judgment, lower inhibitions, and raise pain thresholds.

The limbic system is responsible for emotion and memory so alcohol can cause memory loss and heightened emotional states. The cerebellum controls movement of the muscles, alcohol can impair balance and cause a person to become uncoordinated.

The hypothalamus controls the release of hormones including those responsible for sexual performance and stimulation. Alcohol will cause a person to desire more sex but will limit performance. The medulla is actually the brain stem. It has a very big job that includes claiming responsibility for heart rate, breathing and hot body temperature.

When a person is drunk it is very common for them to become violent and be unable to drive, walk or speak correctly. They may even pass out. They may also be impossible to reason with. These are all ways that alcohol impairs the brain and these effects are evident immediately.

Consuming alcohol will affect attention, coordination, judgment, and sleep and this is all while you are still under the influence. For 72 hours after drinking a considerable amount of alcohol, you may have cognitive impairments. Long-term effects on the brain, and include permanent brain damage and changes in personality. St. Gregory’s offers seven-week program, neurotransmitter therapy, and has a phenomenal success rates because they teach people how to make the best choices in their life.